The History of National Donut Day

The idea for Donut Day began on the battlefields of France during World War I when Salvation Army workers served coffee and donuts to soldiers in the trenches. Rations were poor so the donut idea was conceived as a means of bringing the soldiers cheer. Donuts were not the reason Salvation Army workers were in the fighting zones of France. Those men and women were there primarily to give spiritual aid and comfort to the American soldier and his allies. They were there to be a link with home and family.

Today, Salvation Army workers continue to care for and comfort thousands of people each day who battle hunger around the world and here in the Chicagoland area. By supporting Donut Day, with a donation or through volunteering, you help The Salvation Army keep its food pantries, meals on wheels, senior citizen feeding programs and childcare nutrition programs alive and well. If you can give a few dollars or a few hours of your time, you will help provide 1.5 million meals to the hungry in Chicagoland.

Your involvement is crucial! You are the one that can help the hungry have a warm nutritious meal; all you have to do is be willing to give through a donation or by volunteering. If you can do that, please DONATE NOW or VOLUNTEER TODAY. 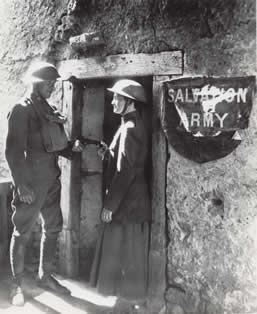 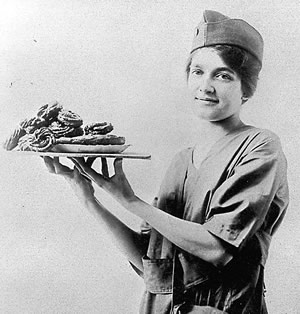